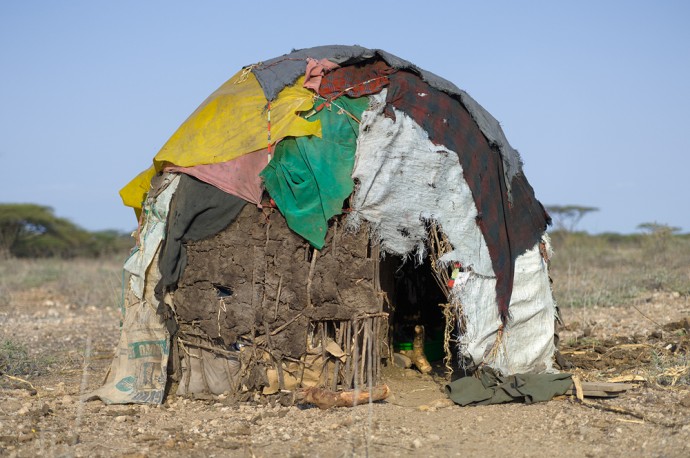 The Prix Pictet Growth cycle reached its conclusion in the beginning of October 2011 with the opening of an exhibition Chris Jordan’s photographs at Diemar/Noble Photography, London. Over 300 guests attended the opening from the fields of business, art and sustainability – a diverse audience whose uniformly positive response to these often challenging images reflects the Prix Pictet’s unique achievement in highlighting the critical issue of sustainability through photography.

Chris Jordan’s beautiful and disturbing images were shot during the summer in Northern Kenya where he completed a fieldtrip for the third Prix Pictet Commission. The Tusk Trust, whose work in Kenya is currently being supported by Pictet & Cie, facilitated Jordan’s journey through this remote part of Africa, ensuring access to community and wildlife conservancies many miles from the usual tourist routes.

The resulting series, which Chris Jordan calls Ushirikiano (‘partnership’ or ‘collaboration’ in Swahili) focuses on the precarious existence of the drought stricken communities that inhabit Kenya’s Northern Rangelands. While not universally bleak, a chilling requiem for elephants slaughtered by poachers lies at the heart of this series.

‘I hope’, says Jordan, ‘these photos can serve as a visual reminder of the trail of destruction we leave, and the damage we do to our own spirits, when we forget our relationship with nature, our own human dignity and our connection with the higher purposes of life.’

With the launch of the fourth cycle of the Prix Pictet and its theme of Power, Chris Jordan’s words are a timely reminder of the central purpose of the Prix Pictet – to raise public awareness worldwide of the social and environmental challenges of the new millennium.