Elisabeth Sussman has been responsible for a large number of successful exhibitions over the last few years, including the 2012 Whitney Biennial (which she co-curated with Jay Sanders), Paul Thek: Diver and A Retrospective, William Eggleston: Democratic Camera, Photographs and Video, 1961-2008. Sussman’s Gordon Matta-Clark: “You Are the Measure” was awarded the AICA award for best monographic show in New York (2007). She has organised a number of other Whitney exhibitions including Remote Viewing: Invented Worlds in Recent Painting and Drawing (2005); Mike Kelley: Catholic Tastes (1993); Nan Goldin: I’ll Be Your Mirror (1996), with David Armstrong; Keith Haring (1997); and the Museum’s 1993 Biennial Exhibition.

For SFMOMA, Elisabeth Sussman also organised, with Sandra Phillips, a retrospective of the work of Diane Arbus, Diane Arbus: Revelation. Elisabeth Sussman was a Fellow of the Rockefeller Foundation at the Rockefeller Study and Conference Center in Bellagio, Italy in 1999. She was a fellow at the Getty Research Institute in 2003. She is the author of many publications, including Lisette Model (Phaidon, 2001) and has contributed essays on Robert Gober for the Schaulager and Lee Bontecou for an upcoming exhibition catalogue. 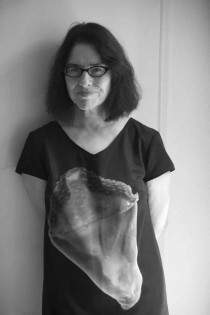