Fumio Nanjo (born in 1949) is the Director of the Mori Art Museum, Tokyo. He is also an art critic and a lecturer at Keio University, Tokyo. His main achievements include: commissioner of the Japan Pavilion at the Venice Biennale (1997); commissioner of the Taipei Biennale (1998); member of the jury committee of the Turner Prize by the Tate Gallery (1998); co-curator of the 3rd Asia-Pacific Triennial of Contemporary Art (1999); member of the selection committee of the Sydney Biennale (2000); director for the Japan Pavilion at EXPO 2000 in Hanover; artistic co-director of the Yokohama Triennale (2001); and a selector of Artes Mundi Prize in Wales (2004). 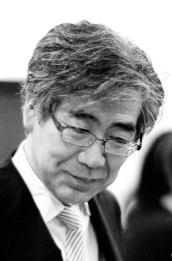