Martin Roth became Director of the Victoria and Albert Museum in September 2011.

Before joining the V&A, Martin Roth was Director General of the Dresden State Art Collections (Staatliche Kunstsammlungen Dresden) overseeing 12 museums and galleries. Martin Roth held this position from 2001, during which time many of the museums including the Green Vault (Grünes Gewölbe, one of the richest treasure chambers in Europe), The Türckische Cammer (Ottoman Collection), the Porcelain Gallery, Dresden Castle and the Albertinum underwent major renovation and modernisation. During his career, Roth had created a large network of international partners which has led to the development of numerous exhibitions overseas. 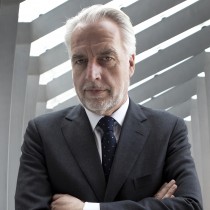