Peter Aspden is the Financial Times’ Arts Writer, having previously been the Arts Editor for five years. He joined the paper in 1994, as deputy books and arts editor and a general feature writer on the Weekend FT. He has written on numerous subjects, including travel, religion, politics, history, most art forms and sport: he covered the Olympic Games in Atlanta in 1996, and the World Cup in France in 1998.

He was born in London in 1958, but spent much of his childhood in Greece, where his mother was born. He was educated at St Edmund Hall, Oxford, where he read Philosophy, Politics and Economics, before going into journalism. He joined the Times Higher Education Supplement in 1985, where he went on to become deputy editor.

He has been writing a weekly column on contemporary culture for the Financial Times since January 2004; it appears in the Life & Arts section every Saturday. 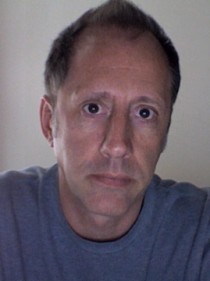