Benoit Aquin is a photojournalist and landscape photographer concentrating on the exploration of large-scale environmental issues and their impact on humanity. He has exhibited widely and his work is part of the collection in the Canadian Museum of Contemporary Photography, Ottawa. He has received numerous awards for his work including the Grand Prix in the Lux competitions in 2001 and 2007; the Prix Antoine-Desilets for his image titled Tsunami (2001), Grand Prix, Prix du Jury and Prix Le Soleil in the Regards du Québec competition (1996). His photographs have been featured in publications worldwide.

Benoit Aquin is the Winner of the inaugural Prix Pictet, Water, for his series The Chinese Dust Bowl. 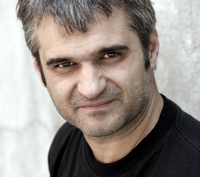