Founder and Chair, Centre for Climate Repair at Cambridge

From 2013 until 2017 he was appointed as the Foreign Secretary’s Special Representative for Climate Change (SRCC). He was formerly Director of the Smith School of Enterprise and Environment at the University of Oxford, and the UK Government’s Chief Scientific Adviser and Head of the Government Office of Science from October 2000 to December 2007. In that time, he raised the profile of the need for governments to act on climate change and was instrumental in creating the new £1 billion Energy Technologies Institute. In 2008 he co-authored The Hot Topic (Bloomsbury) on this subject. 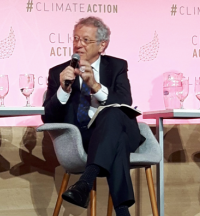