Shahira Fahmy is an architect, urbanist and creative researcher. She is a three-time recipient of Harvard’s post-doc fellowships for her ground breaking and award winning architectural work: a LOEB fellow at the Graduate School of Design GSD, 2015; a W. E. B. Du Bois Fellow at the Graduate School of Arts and Sciences FAS, 2016; and a Berkman Klein fellow at Harvard’s Law School, 2016. She has taught at Columbia University, Graduate School of Architecture, Planning and Preservation GSAPP 2014. Fahmy has built projects in the Middle East, London and Europe, and has been hailed by Phaidon as one of the “Architects building the Arab Future”, 2011. Her projects include: The Delfina Foundation, London, 2014 – in collaboration with Studio Octopi; Winner of the Master Plan of ‘Andermatt Swiss Alps’ Ski Resort competition phase II & III, 2012; The Wooster Group Theater Restoration Scheme, New York, 2016; and the ‘Mask Architects Project’ for the United Nations Environment Programme UNEP, and the Climate Change Conference COP22, 2016. Currently, Fahmy is involved in an affordable housing project part of the development of a Garden Village on 500 acres of residential and mixed uses, an eco-community, in Mid-Cornwall, UK 2019.

In 2021, Fahmy serves as a UNESCO Jury member for the International Design competition of Al-Nouri Mosque Complex in Mosul, Iraq. She has served as a board member of the International Community of the Red Cross ICRS, Egypt (2010-2013). Her work has been widely published and reviewed in the financial times, the Architectural Record, the Architectural Review, the New York Times T Magazine, Wallpapers, Frame, and Kinfolk, among others. Most recently in 2020, Two of her built projects are featured in a book titled: Cairo Since 1900- An Architectural Guide, an archive of the Egyptian Capital’s modern architectural landscape. Fahmy is a recipient of “Tamayouz Excellence Award, for the Near East and North Africa” 2019; The Mimar Sinan Prize 2014; and winner of the Green Good Design Award 2010. She has been a speaker, lecturer, and visiting critic at venues including: The Royal Academy of Arts, The Harvard University, MIT, Yale University, Columbia GSAPP, Cooper Union, City College of New York, The Royal Institute of British Architects, The Architectural Association, the Aga Khan Award for Architecture AKAA, the American Chamber of Commerce AMCHAM, and TEDx. Fahmy, who is born and raised in Cairo, founded Shahira Fahmy Architects in Cairo, 2005. Since 2019, She has moved to London, and has been splitting her time between the two cities. 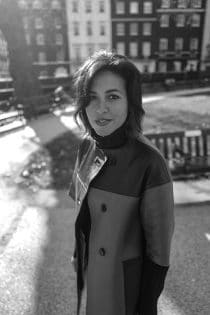