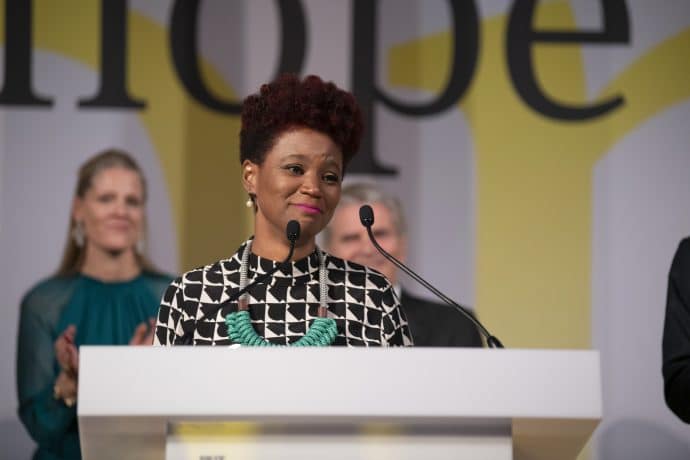 In a ceremony at the Victoria and Albert Museum in London on the evening of Wednesday 13th November, the Director of the Museum, Tristram Hunt, presented Ivorian photographer Joana Choumali with the Eighth Prix Pictet for her series Ça va aller (it will be ok) on this cycle’s theme of Hope.

The photographs for her Prix Pictet winning series were taken three weeks after the terrorist attacks in Grand Bassam on Sunday 13th March, 2016. Choumali said ‘This work is a way to address the way Ivorian people deal with trauma and mental health. Each stitch was a way to recover, to lay down the emotions, the loneliness, and mixed feelings I felt. Adding embroidery on these street photographs was an act of channelling hope and resilience.’

An independent jury, chaired by Sir David King, selected Joana Choumali for the CHF100,000 (£78,000) prize from a shortlist of twelve. An exhibition of work from the shortlisted portfolios is on view at the Victoria and Albert Museum until 8th December.