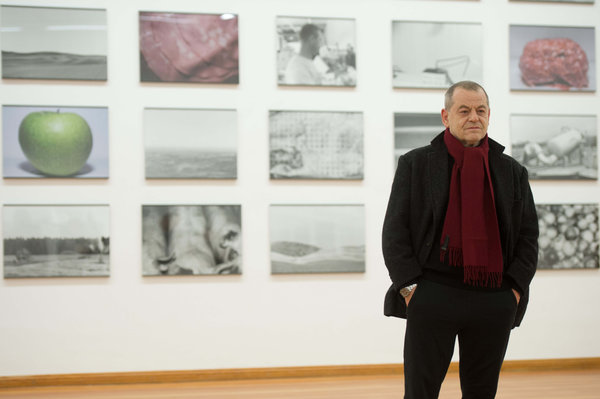 It was with immense sadness that we learned of the death of Michael Schmidt on Saturday 24 May.  Three days previously Michael was awarded the fifth Prix Pictet for Lebensmittel, his monumental exploration of the food industry. This was the first major international award for a photographer described by the critic Michael Fried as ‘one of the most important artists of our time’. Luc Delahaye, the fourth laureate of the Prix Pictet and member of the Jury, paid tribute to Schmidt’s genius, remarking, ‘As a photographer, I’d like to say that Schmidt is doing the kind of work that helps us to keep faith in our profession’. Luc Delahaye’s appreciation of Michael Schmidt’s work can be read below.

“With Lebensmittel, Michael Schmidt shows us how people, animals and nature are exploited in the agro-business. Exploitation is a feature of capitalism and the photographs, in their brutality, only show the brutality of a situation, the absurdity of the fact and the alienation that it produces. They can be taken just as they are or as the illustration of the many other things that are going wrong in our society. They’re a dark tale about the modern world.

What’s important is that Schmidt does not accuse, he simply reveals, and the interpretation is left to the viewer. He can do so because he has confidence in the power of his medium and confidence in the intelligence of the viewer. His language is a language of precision and his tool is the most simple one: a small, 35 mm camera, and a few rolls of films. His pictures look simple at first glance, and their anti-sentimentality, their refusal of all the tricks of the usual seduction, their concision and their clarity give them great efficiency. They show what they show but they manage to retain an opacity, a mystery, and they become a support for our imagination.

Michael Schmidt shows us that this kind of photography is today more relevant than ever. At the end of our discussion yesterday a member of the jury said that this was probably one of the last time straight photography would be awarded or appreciated. He may be right but I hope he’s wrong. As a photographer, I’d like to say that Schmidt is doing the kind of work that help us to keep faith in our profession.”

News items regarding the death of Michael Schmidt can be read below;