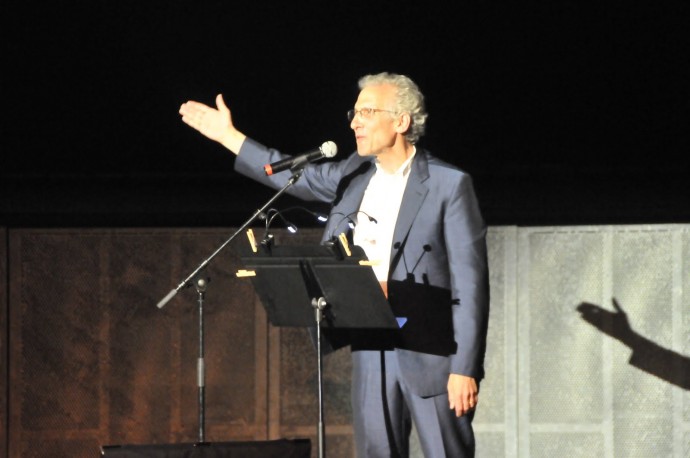 The theme of the fourth Prix Pictet will be Power.

Announcing the new theme, Stephen Barber, the Chairman of the award, said: “From the awesome power of the natural world and of industrial power harnessed by man, to the spontaneous power of people to effect change, ‘Power’ has enormous breadth, embracing contradiction and paradox in equal measure. As a theme it is positive and negative. In short, ‘Power’ has the potential to uncover images and issues that are both awe-inspiring and disturbing.”

The context for this announcement was a headline presentation at Arles’ Théâtre Antique by the third Prix Pictet laureate Mitch Epstein. Epstein’s epic images from his award winning series on energy production and consumption in the United States were accompanied by a commentary from the artist and an especially composed score performed by the cellist Erik Friedlander.

Director of Les Rencontres d’Arles, François Hébel said, “The evening projection offered by Prix Pictet to the Rencontres d’Arles this summer was a delicious meeting of photography, music, poetry and politics. The Roman antique theatre was filled with more than 2000 spectators, and the pictures taken by Mitch Epstein appeared on a 9 meter high screen under the stars. The subtle and concerned photographer delicately read a text as his pictures were projected, accompanied by the marvellous score by jazz musician Erik Friedlander on the cello. The international crowd of photography professionals and fans gave a standing ovation after the performance, appreciating both the aesthetics and the message Epstein delivered about Growth. It was a marvellous and meaningful evening”.