Princess Alia Al-Senussi is an active member of the contemporary art world and currently serves as Art Basel’s UK and MENA Representative. She is also an Advisor to the Milken Institute on Arts and Culture and brings her breadth of experience from previous affiliations including: chair of the Tate Young Patrons (and representative to the Tate Patrons board), founding member of the Tate’s Acquisitions Committee for the Middle East and North Africa, the Board of Patrons of Art Dubai (serving an integral role in the founding of the fair), the Board of 1:54 The African Art Fair, and the Middle East Circle of the Guggenheim. Most recently, she served on the Board of Trustees of the Institute of Contemporary Arts London. Alia is currently a member of the Tate Modern Advisory Council and the Strategic Advisory Panel of the Delfina Foundation. Alongside work with Art Basel, Alia has recently passed her Ph.D. in Politics at SOAS (London) with minor corrections, examining the nexus of power and cultural patronage, featuring Saudi Arabia as a case study. She graduated Magna Cum Laude in International Relations (honours) and Middle East Studies from Brown University and holds an MA in Political Science from Brown and an MSc in Law, Anthropology and Society from LSE. 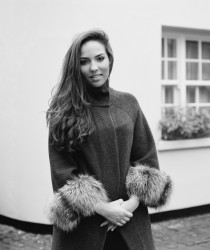