Rahaab Allana is the curator of the Alkazi Foundation for the Arts in New Delhi, Fellow of the Royal Asiatic Society in London, and Governing Committee member of the Alliance Française in New Delhi. He had an early engagement with art as an assistant at the National Gallery of Modern Art in New Delhi in 2001, working one of India’s first exhibitions of Picasso, entitled Metamorphoses.

Rahaab is a graduate in Art History/Archaeology (M.A.) from School of Oriental and African Studies, London, and he is the author of Inherited Spaces, Inhabited Places (2005)- a volume on photographs by Raghu Rai of World Heritage Sites. He is the Guest Editor of Marg Volume 61: Aperture and Identity—Early Photography in India (2009), and currently guest editing the India Photography Reader, Vol. 1 entitled Movements with Yodapress, Delhi.

He is also editor of India’s first Photography Quarterly, entitled PIX, funded by the Goethe Institut. The first issue was launched in February 2011, the theme being Suburbia.

In April 2010, he installed a solo exhibition of his own photographs, taken over the last 12 years of his experiences related to heritage in India and South Asia, entitled Worlds of Difference at the Romain Rolland Gallery, Alliance Francaise, Delhi, April, 2010. 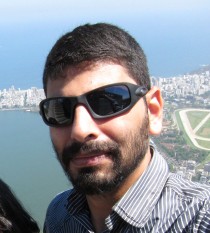