Born in Italy, Paola is an Independent Curator and Arts Writer based in Perth, Western Australia. Over the last 20 years, Paola has been a regular reviewer and contributor to a wide range of Australian arts publications such as Artlink, Object, Eyeline, Broadsheet, Artsource and Scoop magazines and has published numerous exhibition catalogue essays. Since 1990 Paola has held curatorial and research roles at the Art Gallery of Western Australia, Royal Perth Hospital Art Collection, City of Fremantle Collection, The Centre for Contemporary Art Luigi Pecci, Prato, and undertaken numerous public and private collection development projects.

Paola has served on the Mark Howlett Foundation board (2000-2010), the Art Angels Inc. (2000-2011), Museums Australia (WA) (1993-1999) and is currently a Board Member of Artsource, the peak membership body for visual artists in Western Australia. As a major supporter and advocate of photo-media practice in Australia, Paola has been appointed to the Exhibition/Public Programs Committee for the Perth Centre for Photography. She has regularly curated the work of Western Australian photo-media artists since 1993, and in 2013 completed research into the last 21 years of the Perth Centre for Photography, which led to the exhibition Momentum. Paola is a PhD student (2015) at the University of Western Australia undertaking research on Western Australian contemporary photography. 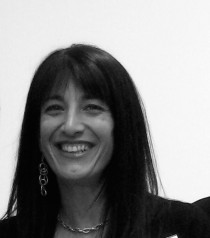