Marcelo Mattos Araújo is a museologist and is former Director of the Pinacoteca do Estado de São Paulo since 2002. Previously he was the Director of the Museu Lasar Segall – IPHAN/MinC, also in São Paulo.

He collaborates with many museum institutions in Brazil and has been an advisor to the Fundação Cultural Ema Gordon Klabin.

He was the President of the Associação Paulista de Museólogos (Museologist’s Association of São Paulo) in 1987 and of the Conselho Regional de Museologia de São Paulo (Regional Advisory Board of Museology of São Paulo) in 1989, and also a member of the Conselho Consultivo do Comitê Brasileiro do Conselho Internacional de Museus- ICOM (Advisory Board of the Brazilian Committee of the International Council of Museums) from 1994 to 2009. 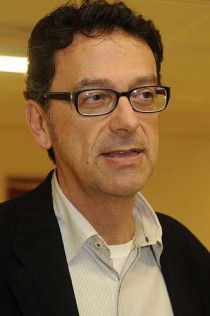