Karin Askham is Rector of The Cambridge School of Visual and performing Arts.

Karin has worked for nearly 30 years in a number of academic and senior management roles in highly regarded Universities. She has spent over 17 years at the world-famous University of the Arts, London and five years in the role as Dean of the school at that institution.

She has been on the judging panel on a number of high-profile international art and photographic awards and led projects for young people and social justice with NGOs and charitable organisations such Jay Z’s Shaun Carter Foundation.

A photographic practitioner by origin, Karin’s practice as a photographer has resulted in her work being exhibited nationally and internationally at some of the world leading art institutions. Her earlier photographic work has been featured on album covers and numerous publications including Attitude, iD, The Face, NME and Tank magazine. 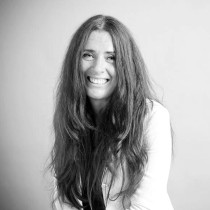