Gerry Badger is a photographer, architect, and photographic critic. He has written extensively for the photographic press, and has curated a number of exhibitions, including The Photographer as Printmaker (1980) for the Arts Council of Great Britain, and Through the Looking Glass: Post-war British Photography (1989) for the Barbican Arts Centre, London.

His own work is in a number of public and private collections, including The Museum of Modern Art, New York; The Victoria & Albert Museum, The Arts Council Collection, London; and The Bibliothèque Nationale, Paris.

He has written introductory essays to many photographic monographs, including those of such photographers as Stephen Shore, John Gossage, Martin Parr and Chris Killip. Among his books are Collecting Photography (2002), The Genius of Photography (2007), and (with Martin Parr), The Photobook: A History (2 vols., 2004 and 2006), winner of the Kraszna Krausz Prize in 2007. The Pleasures of Good Photographs won the Infinity Writers’ Award of the International Center for Photography, New York, in 2011. 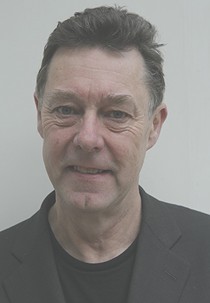