Daria Bonera was born in Milan. After graduating in Fashion Marketing from St Martins School in London, she started working for Contrasto Photo Agency in Milan. In 2004, she moved to Grazia Neri Photo Agency, where she represented several international agencies and photographers as well as selected new photographers for the Agency.

In 2008, Daria went to New York to work as the agent of documentary photographer Donna Ferrato and representing Grazia Neri’s photographers all through the United States, while collaborating with magazines such as The New York Times, Newsweek, Time and other major publications.

In 2009, she came back to Milan and started her own Agency DB Daria Bonera where she represents a few selected documentary, fashion, interior photographers, film directors, video makers and illustrators for fashion and advertising.

Daria Bonera is a producer, agent and photo consultant for advertising media and social campaigns in Italy and worldwide. Some of her clients include Armando Testa, Kartell, Jimmy Choo, Rochas, Fendi.

In these years, Daria was invited as a portfolio reviewer at Les Rencontres d’Arles, Cortona On The Move, Photolux and as a part of the Jury of many Photography Contest.

Beside her own business, she teach visual communication at John Kaverdash School of Photography in Milan and she is a mentor for Eyes in Progress. 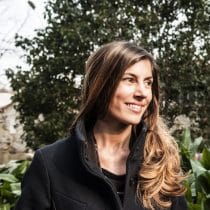