Enrico Bossan joined Fabrica (Benetton’s Communication Research Center) in 2005 becoming the head of photography department. In April 2007, he was appointed Editor of COLORS magazine, a pioneering quarterly magazine explaining how globalization is changing our lives and one of the first media outlets that encouraged people to think globally and act locally.

From 2016, he is Head of Projects at Imago Mundi Art – Luciano Benetton Collection, and (from April 2018) at Gallerie delle Prigioni in Treviso, Italy.

His photos have appeared regularly in international magazines since 1985 and have been displayed at the Houston PhotoFest, the International Photography Biennale in Turin and in Amsterdam, Arles, Milan, Rome, Salonica, Tokyo and Venice.

He won the Kodak award for professional photography in 1987. His earlier publications include Pechino-Parigi (1986), A journey from Asia to Europe and Exit (1992), A tale of America “from two angles”, produced in collaboration with photographer Roberto Koch. In 2000 his books focused on healthcare and hospital life: Esodo, views of daily life in a shelter for AIDS victims and Un Privilegio Difficile, a black-and-white photo report for Cuamm Doctors With Africa on socio-medical cooperation in Sub-Saharan Africa.

He has been represented by the Contrasto Photo Agency since 1992. 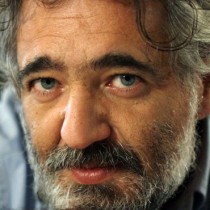