Anne-Marie Bouttiaux, Ph.D., is Chief Curator and Head of the Ethnography Division of the Royal Museum for Central Africa in Tervuren, Belgium. An anthropologist and art historian, she has conducted extensive field research in West Africa, most notably in Côte d’Ivoire, Guinea-Bissau, Mauritania, Niger, and Senegal. She has organised many exhibitions, including in 2009, Persona. Masks of Africa. Identities hidden and revealed; in 2010, GEO-graphics. A map of Art Practices in Africa, past and present; and Fetish Modernity, in 2011. 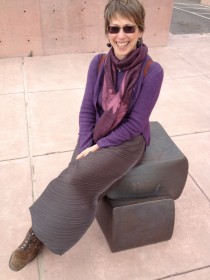