From 1985 through 1996 he was director of the Photography Department at the Círculo de Bellas Artes in Madrid, where he organized the Festival FOCO (1985 to 1989). He has been artistic director and founder of PhotoEspaña in Madrid (1998 to 2000). In 2003 he curated MAPAS ABIERTOS. Fotografía Latinoamericana 1991-2002; C on Cities at the Padiglione Italia in the X Venice Biennale of Architecture, 2006; Festival Getxophoto, Bilbao from 2007 through 2009 and was guest curator for Latin America at the Biennale Photoquai (Museum Quai de Branly) 2007-2009, Paris; guest curator at Seoul Photo Fair 2010, South Korea and Singapore International Photography Festival (SIPF) 2012; director of the Daegu Photo Biennale 2014 in South Korea. In 2015 he was chief curator -with Wang Qingsong and François Hebel- of the First ChangJiang International Photography & Video Biennale, Chongqing, China. He is currently director of the Latin American Master of Photography and Visual Arts at the Centro de la Imagen of Lima, Peru. 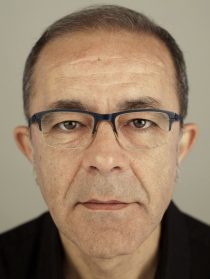