Eder Chiodetto has a Masters in Communication and Arts from the University of Sao Paulo (USP). He is an independent curator of photography and video, journalist, photographer and photography critic.

Chiodetto is the author of The Writer’s Place (Cosac Naify), one of the winners of the Jabuti Prize (2004); Editorial coordinator of the collection of photography Brazilian books FotoPortátil (Cosac Naify).

Chiodetto is the curator of the Collectors Club of Photography at the Museum of Modern Art of São Paulo – MAM-SP. In 2009, during the Year of France in Brazil, he was curator of important exhibits including ‘Look and Simulate – Photos Collection Auer’ (MAM-SP), ‘Henri Cartier-Bresson: Photographer’ (SESC Pinheiros) and ‘The Invention of the World – Collection of the Maison Européenne de la Photographie, Paris’ (Itaú Cultural).

Also in 2009, Chiodetto was elected the best Brazilian curator of photography in the 2008/2009 elections conducted by the Brazilian magazine Clix.

In 2011 he was the curator of ‘Generation 00: The New Brazilian Photography’, with 52 artists, at Sesc Belenzinho (São Paulo). 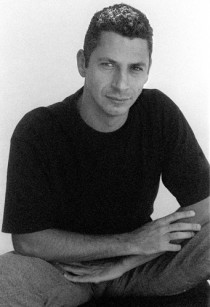