Brian Curtin is an Irish-born lecturer, art critic and curator of contemporary art. He holds a Ph.D. in studio art from the University of Bristol and has been based in Bangkok since 2000. He managed the experimental venue H Project Space in Bangkok from 2011-2018, which now functions under the mantle Brian Curtin Projects. He teaches Art History and Visual Culture in the Faculty of Architecture at Chulalongkorn University.

As an independent curator Brian has mounted exhibitions in New York, China, Korea and the UK as well as regionally. Exhibition titles include On the Threshold of the Senses: New Art from Southeast Asia (2012); Intimately: An Exhibition of Photography (2012); Radiation: Art and Queer Ideas from Bangkok and Manila (2014); and Rates of Exchange, Un-Compared: Contemporary Art in Bangkok and Phnom Penh (2014). His curatorial work has been funded by Arts Council England and Australia Council for the Arts.

Brian has been a contributor/contributing editor to the magazines Art iT, Contemporary, Circa, Frieze, Flash Art, Artforum and Art Asia Pacific, as well as writing for a range of other contexts. His published profiles of artists include Collier Schorr, Paul Pfeiffer, Olivier Pin-Fat, Araya Rasdjarmrearnsook and Apichatpong Weerasethakul. 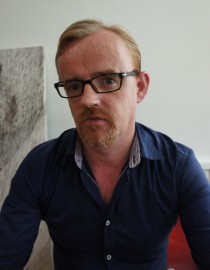