Christine Eyene studied History of Contemporary Art at Université Paris 1, Panthéon-Sorbonne. She has been visual arts co-editor of French journal Africultures since 2002 and has contributed to the field of contemporary African art through her writings in journals, exhibition catalogues and books.

She is a member of Art Moves Africa Grants Selection Committee (2012-2013) and Visual Art Expert for Institut Français. She was member of jury of Dak’Art 2012, as well as the Fondation Blachère Prize awarded at the Dakar Biennale in 2008 and 2010, and the Bamako Photography Encounters in 2007 and 2009. 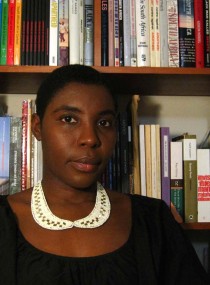