A graduate from New York University’s Stern Graduate School of Business, Chantal, a Chilean national, began collecting photography in the early 1990s. After completing a Master’s Degree at Sotheby’s in the History of Photography, she specialized on political Chilean photography under the dictatorship.

Chantal’s knowledge and interest in Chilean photography has led her to represent and support artists whose work came to define the artistic scene in Chile from the late seventies onward. The important role photography played in this period became the catalyst for an exhibition she curated at the Michael Hoppen Gallery, ‘VOCES: Latin American Photography 1980-2010’, 2015. In collaboration with Austin Desmond Gallery, she co-curated “Fragmented Dialogues: Art & Identity in 1980s Chile”, in 2018. A Patron on the photography acquisition committee (PAC) at Tate Modern in 2011/12, she is also a nominator for the Prix Pictet, taking advantage of these platforms to promote Latin American photography. Chantal has contributed editorial essays and is an invited guest lecturer on the subject. 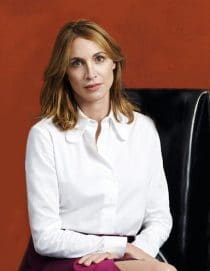