Elizabeth Ferrer is a curator and writer specialising in Latin and Mexican art and photography.

She is Vice President and Chief Curator at BRIC Arts | Media | Bklyn in New York.

Ferrer has curated major exhibitions of modern and contemporary art for numerous venues in the United States and Mexico, and has written and lectured extensively on topics related to her fields of interest. Exhibitions she has curated have appeared at such venues as BRIC Rotunda Gallery, the Americas Society, the UBS Art Gallery, and the Aperture Foundation Gallery, all in New York; the Smithsonian Institution, Washington D. C.; the Snite Museum, Notre Dame University; and MARCO, Monterrey, Mexico. She is curator of En Foco In Focus: Selected Works from the Permanent Collection, an exhibition currently travelling in the United States.  Other major exhibition projects include travelling retrospectives of the photographers Mariana Yampolsky and Lola Alvarez Bravo, as well as of the pioneering Mexican modernist painter María Izquierdo.

Elizabeth Ferrer has also contributed to authored books for such publishers as the University of Texas Press, the Aperture Foundation, the Museum of Modern Art, and Universe Books/Rizzoli.  Her monographic work Lola Alvarez Bravo was a New York Times 2006 Notable Book of the Year. 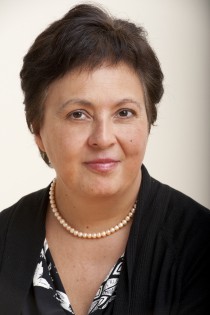