Maggie Finch is Curator of Photography at the National Gallery of Victoria, joining the Department in 2006. Prior to that she was Gallery Assistant at the Centre for Contemporary Photography, Fitzroy.

Maggie has curated and co-curated numerous exhibitions at the NGV, including: Darren Sylvester: Carve a Future, Devour Everything, Become Something (2019); Patrick Pound: The Great Exhibition (2017), Transmission: Legacies of the Television Age (2015), Sue Ford (2014) and Endless Present: Robert Rooney and Conceptual Art (2010). She was a contributing curator for Melbourne Now (2013), and the Art Gallery of New South Wales touring exhibition The Mad Square: Modernity in German Art 1910-1937 (2011). She has also worked on several children’s exhibitions, including Robin Rhode’s The Call of Walls (2013) and Jon Campbell’s sing what you feel (2012).

Maggie has published extensively on contemporary and historical photography, for publications such as Art+Australia, Photofile and Discipline. She has been a member of the Exhibition Advisory Committee for the CCP in Fitzroy, and is currently co-Editor of the NGV Art Journal. 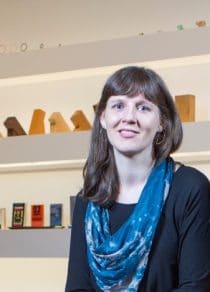