Fisli is a former student of the Eötvös Collegium, where she graduated in History and Literature from Eötvös University, Budapest. In 2012 she obtained a PhD in political sciences from Sciences Po Paris and ELTE Budapest. Between 2005 and 2009 she was a registrar and an exhibition coordinator at the Hungarian National Museum, Budapest.

From Fall 2009 she has been working in the Historical Photo Department of the Museum, as a responsible for the international photocollection. From 2012 she has been the secretary of the Hungarian Society for the History of Photography.

The Participant Visitior. Annexe to the Robert Capa / The Gambler exhibition), Budapest, 2014.

Coordination of SETSE-project in Hungary (Seeing European Culture Through a Stranger’s Eye), a collaboration of 8 countries with the exchange of 8 photographers in 2009-2010 www.setse.eu 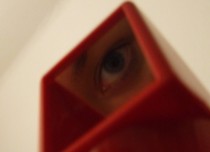