David Griffin is a president of D Griffin Studio, Inc., founded in 2015, based in the Washington DC area. The studio specializes in publication design, branding, and editorial strategy.

Prior to this, he was Visuals Editor of The Washington Post, where he oversaw the design, photography and graphics teams, plus the visual design of the digital and video divisions.

Previously he has been Executive Editor for E-Publishing at the National Geographic Society leading the editorial efforts of extending NG’s print publications into mobile formats, specifically the launching of their flagship iPad app. Before taking on this digital role, David was Director of Photography of National Geographic magazine.

His career has taken a weaving path of opportunities through a number of publications. He started as a photographer, moving to editing and design, eventually taking on greater directing and management responsibilities. He was Deputy Director of Photography of The Everett (WA) Herald; Art Director of The Hartford Courant; Art Director of Inquirer, the Sunday magazine of The Philadelphia Inquirer; Assistant Director of Design of National Geographic magazine; Design Director of NG Books; and Creative Director of U.S. News & World Report. 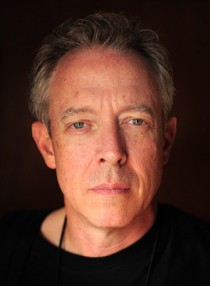