Tom Griggs is a photographer, editor, educator and writer based in Medellín, Colombia where he teaches between the University of Antioquia, Bellas Artes University Foundation and Yurupary, a photography institute.

He has exhibited his photographs internationally including shows in New York City, Berlin, London and Belfast. His work is included in the Permanent Print and Picture Collection of the Free Library of Philadelphia and private collections. He has been a Critical Mass Finalist as well as a PDN 30 nominee. He received the ICETEX Visiting Professor Grant to Colombia for 2010-2011. Nexus / foundation for today’s art awarded him their Purchase Prize in 2007 and the Massachusetts College of Art and Design gave him a Travel Award for studies in Paris in 2002.

He is Founding Editor of the website fototazo which offers microgrants for emerging Colombian photographers. His collaborations with Alec Soth, Hannah Frieser and Jaime Permuth have investigated South American photography while an online reading project organized with Flak Photo’s Andy Adams explored Gerry Badger’s “The Pleasures of Good Photographs.” 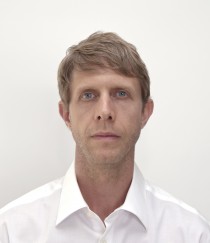