Isabella Icoz is of Greek origin, born in London, raised in Switzerland, educated in the United States and currently living in Istanbul. Isabella received a BA with Honors at Brown University, an MA at The George Washington University and a Post-Graduate Diploma with Merit in East Asian Art at the Sotheby’s Institute of Art.

Isabella previously worked at Christie’s in their London Business Development and Client Advisory departments and then as an Adviser to Sotheby’s for Turkish art for several years. For the past six years Isabella works as an art consultant based in Istanbul, advising her Turkish and international clients on Modern and Contemporary art, both Turkish and international. Isabella also works as an Adviser to The Fine Art Fund, as the Contemporary Art Adviser to Istanbul ’74, as a nominator for the Prix Pictet, and is Head of VIP Relations for Istanbul Art International.

Isabella curated the shows Five in Istanbul in collaboration with the Lehmann Maupin Gallery in Istanbul in October/November 2010 with works by artists Hernan Bas, Tracey Emin, Teresita Fernandez, Tony Oursler and Jennifer Steinkamp, the show Angel Otero at Istanbul ’74 in February/March 2012, and the art gallery section for the Istanbul INN London event in April 2013 at Victoria House. Isabella will also be curating a show in Istanbul in September 2013 titled 10 under 40, featuring top Turkish and international Contemporary artists. 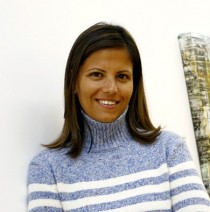