Véronique Joo’Aisenberg is currently in charge of the African Film Library at the Institut Français, Paris.

She joined the AFAA (Association Française d’Action Artistique) in 1997 as chargée de mission (adviser) to the General Manager and has spent 20 years between Africa and the Indian Ocean, and involved in marketing and event creation for ten years

Assigned as Cultural attachée in Moncton, Canada, for the French Ministry of Foreign affairs from 1999 to 2011, Joo’Aisenberg was in charge of the French cultural action around the 8th Francophone Summit.

In 2001, she joined the program Afrique et Carïbes en creations of the AFAA, as project coordinator of four editions of the African Photography Encounters in Bamako (2001-2007). She has contributed to the development of worldwide broadcasting through leading art centres and museums.

In January 2010, Joo’Aisenberg was assigned to manage the African Film libary. The African Film library now forms part of the cinema Department of the Institut Français, and manages the largest collection of African films in the world – a collection with more than 1500 titles. The current digitization plan integrates more than 250 new titles.

The film library provides non-commercial distribution of these films, and contributes to the programming of cinema festivals as well as many institutions of the French cultural network abroad. Since 2004, the Film library is associated to the monthly cine club organized by the Association Racines and RFI at the Musée Dapper in Paris and participates on a regular basis in encounters or conferences devoted to African cinema.

In 2011, within the frame of the 50th anniversary of the African Film library, Veronique Joo’Aisenberg designed an itinerant photographic exhibition around the great figures of African and Caribbean cinema, a new way to bring out the talent of filmmakers and actors which represent yesterday and today the strength of those cinemas. 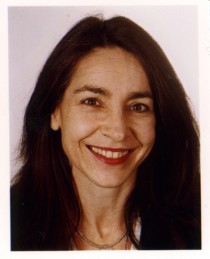