Shiho Kito is a fine-art based photographer, researcher and independent curator. She is a visiting faculty of Photography Design at the National Institute of Design (NID), India, and researcher at Pear: Visual Research and Analysis, Japan.

She read English Literature and Education before pursuing her career in photography at Tokyo National University of Fine Arts, Japan and University for the Creative Arts in Farnham, United Kingdom. Afterwards she achieved her Master in Photography at London College of Communication in 2011.

She is a recipient of several fellowships and awards for her photographic practice and research projects including Fellowship for Upcoming Artists from the Government of Japan in 2014; Magenta Flash Forward Foundation (the UK, USA, and Canada) in 2012; 1_WALL Photography Award (Japan) in 2012; Prime Minister’s Initiative II Fund from the British Council in 2008 and 2010 for her residency projects at NID.

Kito works extensively in fields of photography including exhibitions, commission projects, visual and contextual research projects, and fieldwork in diverse backgrounds. She also engages in curating and managing arts and cultural exchange programme such as workshops, lectures and exhibitions in collaboration with academic and cultural organisations; The Japan Foundation New Delhi (India); Godrej India Culture Lab (Mumbai, India); and NID are among them.

She has worked with Tasveer Arts in India to co-curate the first-ever Japanese photography show in India, called HIKARI: contemporary Photography from Japan with Nathaniel Gaskell. She currently lives and works in Gandhinagar, India. 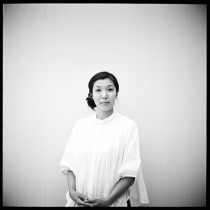