Landesman was born in Israel in 1970. He graduated from Wizo Haifa School of Art & Design where he studied photography and graphic design.

His works have been published in many magazines and have been exhibited around the world. His works include motion art Her Morning Elegance which was nominated for the 2010 Grammy award, in the video clip category. It was screened at Cannes Lion Festival, L.A. Film Festival, contemporary film festival at the Centre Pompidou and SXSW.

In 2006 Harvard University purchased the archive of his works. In 2009 he founded The Israeli Photography Festival, A 14 day’s unique and independent international festival, which exhibits contemporary photography and deals with social issues using the language of photography. He has been its artistic director ever since.

In 2015 Landesman became a mentor at TecnoArt – Startup incubator for arts, culture and media technologies.

Landesman has always been drawn to the exploration of the borders between imagination, illusion and documentary work through photography. Throughout his career he has investigated these borders via diverse technological and cultural platforms, beginning with theatre, both out front and behind the scenes. Later, he expanded his interest in search of the borders of conventional photography both in time and space in images created with the use of diverse technologies and presentation forms. These include zooming and projection of the captured image, using public or darkened spaces or using stop motion technology. 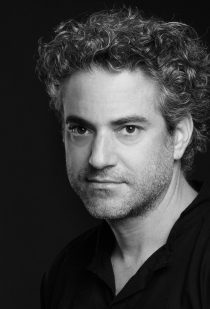