Celina Lunsford is a curator, writer and photography consultant based in Frankfurt, Germany. Since 1992 she has been the Artistic Director of the Fotografie Forum Frankfurt, an exhibition and educational centre founded in 1984. Here she has curated 150 photographic exhibitions and introduced numerous photographers’ works to an international community through publications such as Fast Forward: Photographic Message from Korea (2005) and Women by Women, Eight Women Photographers from the Arab World (2004).

She is one of the curators for RAY 2015 which is a series of photographic projects held in and around Frankfurt. In 2009 she was a facilitator at the Joop Swart Masterclass of World Press Photo Foundation, Amsterdam and in 2008 launched the FFF Summer Academy on photography bringing some of the world’s most influential photographers, teachers and critics to Germany’s financial capitol.

As a member of the Oracle Conference of international photography curators and as an invited critic to visual arts festivals and conferences, her expertise in photography has long represented a global investigation of the medium. 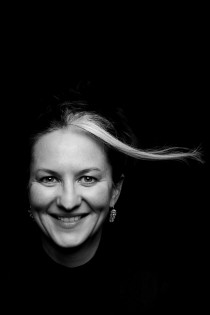