Nat Muller is an independent curator and critic based in Rotterdam. Her main interests include: the intersection of aesthetics, media and politics; media art and contemporary art in and from the Middle East.

She has held staff positions at V2_Institute for Unstable Media in Rotterdam and De Balie, Center for Culture and Politics, Amsterdam. She is a regular contributor to Springerin and MetropolisM. Her writing has been published amongst others in Bidoun, ArtAsiaPacific, Art Papers, Canvas, X-tra, The Majalla, the MIT journal Art Margins and Harper’s Bazaar Art Arabia. She has also written numerous book chapters, catalogue and monographic essays. With Alessandro Ludovico she edited the Mag.net Reader2: Between Paper and Pixel (2007), and Mag.net Reader3: Processual Publishing, Actual Gestures (2009), based on a series of debates organised at Documenta XII. She has taught at universities and academies in The Netherlands and the Middle East, and has curated video and film screenings for projects and festivals internationally, including for Rotterdam’s International Film Festival, Norwegian Short Film Festival and Video D.U.M.B.O in New York. She is a board member of the IMPAKT Media Festival in Utrecht; sits on the advisory board of arts organization TENT, Rotterdam and is an advisor for the Creative Industries Fund. Formerly she was a committee member for the Mondriaan Fund and an advisor on e-culture to the Dutch ministery of Education, Culture and Science. In 2012 she curated Spectral Imprints for the Abraaj Group Art Prize in Dubai and in 2013 Iraqi media artist Adel Abidin’s highly anticipated solo exhibition I love to love…at Forum Box in Helsinki. Nat is editorial correspondent for Ibraaz, a member of the editorial board of Broadsheet Magazine, Australia and most recently was a speaker on BBC World’s award-winning program The Doha Debates.

Projects in 2014 include Memory Material at Akinci Gallery, Amsterdam; Customs Made: Quotidian Practices & Everyday Rituals at Maraya Art Centre in Sharjah; This is the Time. This is the Record of the Time at Stedelijk Museum Bureau Amsterdam & American University of Beirut Gallery and Disquiet at Galeri Zilberman/Pi Artworks (Istanbul). For TENT (Rotterdam) she curated a series of debates Breaking the Bank: Art, Value and the Global Economy. In 2015 she is curating Sadik Kwaish Alfraji’s solo show at Ayyam Gallery (Dubai) and will be curator-in-residence at the Delfina Foundation’s Politics of Food Program (London). 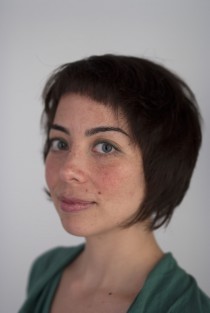