Andreas Müller-Pohle is a Berlin-based media artist and publisher. He studied Economics and Communications at the Universities of Hanover and Göttingen and, in 1979, founded European Photography, an independent art magazine for contemporary photography and new media. His first artistic projects from the late 1970s focused on issues of photographic perception, and later on photo recycling, now also incorporating video. In the mid-1990s, he began exploring the use of digital, genetic and political codes. In his most recent works, he addresses the subject of water with extensive portraits of the Danube River and the megalopolis of Hong Kong. Müller-Pohle’s works have been widely published and exhibited and are included in numerous private and museum collections worldwide. As a publisher, Müller-Pohle has edited the major works of the media philosopher Vilém Flusser, available today in the ten-volume Edition Flusser and including the seminal Philosophy of Photography, which has been translated into over 20 languages. In 2001, Müller-Pohle was awarded the European Photography Prize of the Reind M. De Vries Foundation. He is the author of numerous texts on photo theory and has been a visiting professor and lecturer at, among others, the Higher Institute of Fine Arts in Antwerp, Belgium. His most recent project, Hong Kong Waters, was published by Kehrer Verlag and Asia One Books. He is currently working on the topic of urban traffic. 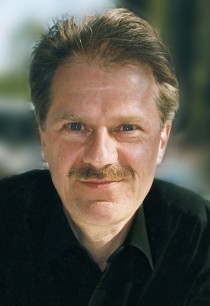