Thyago Nogueira (São Paulo, Brazil, 1976) is a curator, editor and photographer. Currently, the head of the Contemporary Photography Department at Instituto Moreira Salles, Brazil and the editor of ZUM photography magazine (revistazum.com.br). In 2014, he has guest edited Aperture magazine issue focused on São Paulo. He has also curated exhibitions of photographer Mauro Restiffe (São Paulo Fora de Alcance/ São Paulo, Beyond Reach) and moviemaker Jorge Bodanzky (Brasília). During Brazil’s World Cup, he has curated the Offside project (offsidebrazil.tumblr.com) in partnership with Magnum agency. He has also curated the project Água escondida (Hidden Water) with photographer Caio Reisewitz. In 2011, Nogueira has co-edited the book Por trás daquela foto (Behind that photograph), with Lilia Mortiz Schwarcz. He has worked as a literature editor from 2001 to 2011. In 2006-7, he has exhibited his own photographic project São Francisco at MIS/São Paulo. He is also the author of 3 independent photobooks: São Francisco (2006), Japão (2009) e Tietê (2013). Nogueira is a member of the advisory board of the The PhotoBookMuseum, Cologne. 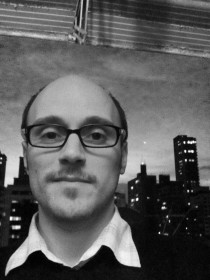