Sean O’Toole is an author, critic, journalist and editor based in Cape Town.

His essays, cultural journalism and reviews have appeared in numerous books, newspapers, magazines and journals, including Aperture, Artforum, Frieze, Harvard Design Review, Tate Etc and documenta 14’s journal South. He is a contributing editor to Frieze magazine, a founding editor (with Tau Tavengwa) of CityScapes (2011-18), a magazine project of the African Centre for Cities at the University of Cape Town, and a past editor of Art South Africa (2004-10). He has published one book of fiction, The Marquis of Mooikloof and Other Stories (2006).

Sean has contributed essays to a number of photographic monographs, including Cry Sadness into the Coming Rain (Steidl, 2017) by Margaret Courtney-Clarke; 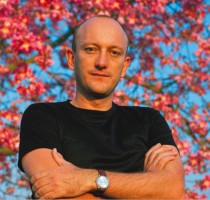