Timothy Persons is the Director of Gallery Taik Persons. Founded in 1995 in Helsinki and since 2005 located in Berlin, the gallery represents a select group of established and emerging artists.

He is Adjunct Professor at Aalto University, School of Arts, Design and Architecture. His curatorial experience ranges from senior curator for Kulturhuset in Stockholm to having been  Senior Curatorial Advisor to the Danish National Museum of Photography in Copenhagen as well as KIASMA Museum of Contemporary Art in Helsinki.

Along with his position at the Aalto University of Art and Design Helsinki, he is also the artistic adviser of VIPS (Video Photography Stockholm), in Kulturhuset, Sweden, a senior adviser to the Borås Art Museum, Sweden. He is a member of the selection committee of Paris Photo, senior curatorial adviser of The Royal Library, The National Museum of Photography Copenhagen, Denmark, and has been the senior curatorial adviser of KIASMA, Museum of Contemporary Art Helsinki, Finland (2008-2010).

He has lectured at numerous universities in the United States and Europe. He was involved with the Beaux – arts de Paris and Freie Universität Berlin, summer school program and is currently lecturing worldwide. He has created a wide range of projects that have taken him around the world, including Central America, Africa and the Middle East.

Persons moved to Finland in 1982, and has lived and worked between Berlin and Helsinki since 2010. 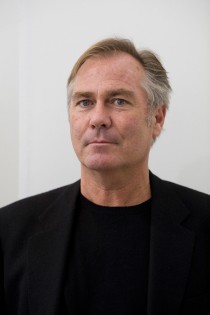