After his studies in History of Art and Ethnology, in 1989 he obtained the title of Doctor of Philosophy. Since 1991, he is Director of the Fotomuseum at Münchner Stadtmuseum. Curator of numerous monographs and thematic exhibitions about photography, he has been editor and writer of international publications about history of photography and contemporary art, i.e. Wilhelm von Gloeden (1987), Giorgio Sommer (1992), Viktorianische Photographie (1993), Franz von Stuck und die Photographie (1995), Frank Eugene – The Dream of Beauty (1995), Alois Löcherer (1998), Stefan Moses (2002), Jürgen Teller (2005), Thomas Hoepker (2005), Roger Ballen (2010). Beside his interest for photographic exhibitions, his research concentrates on the relations of photography and painting in the 19th century with publications on Gustave Caillebotte and photography, School of Barbizon, Lawrence Alma-Tadema and Symbolism.

He is Chief Curator of the photography collection at Münchner Stadtmuseum, Germany. 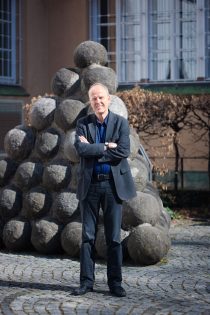