Beatrix Ruf is the Director of the Stedelijk Museum in Amsterdam. She was previously Director and Chief curator of the Kunsthalle Zürich since September 2001. During 2008 she co-curated the Yokohama Triennial, in 2006 she curated the Tate Triennial for Tate Britain, London.

Since 1995 she is the artistic director of the Ringier collection; since 1999 Board member of the Schweizerische Graphische Gesellschaft (SGG), and since 1998 member of the Art commission of Swiss Re. Beatrix is an Associate Editor of the publishing house JRP/Ringier, a mentor at University of St.Gall and a Board member of the Cultural Advisory board of CERN, Geneva. In 2012 she completed the aquisition, remodelling and extension of the Kunsthalle Zürich building at the Löwenbräuart-building in Zürich.

Ruf has served as a jury member in commissions and has curated numerous exhibitions, written essays and published catalogues on contemporary art. 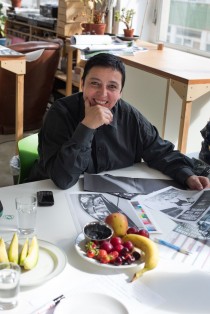