In 2008, Carrie Scott opened Carrie Scott & Partners, a business that is at once an art consultancy, gallery, and curatorial endeavor.  Scott has been a curator, Art Historian and arts writer since 2004 so was positioned to start a company that would aim to disrupt the conventions of the art world, and exist beyond the walls of the traditional gallery.  Over the past 14 years, she has worked with numerous businesses and collectors to help them establish, manage, and maintain both corporate and personal art collections worldwide. In 2018, Scott curated the largest independent photography show for the Store x, 180 Strand, A Shade of Pale, exhibiting 470 photographs and most remarkably featuring 320 images from John Pawson’s series Spectrum.

Carrie Scott & Partners also works closely with a number of artists to help them establish strong and sustained markets.  The business participates in many aspects of this process, from selecting pieces in their archive, assisting and overseeing artwork production, and putting together a considered sales strategy that sees placement of the work in museum and exhibition settings.

Since early 2010, Scott has also worked side-by-side with visionary photographer Nick Knight as Director of his archive as well as curator of the SHOWstudio Shop, a gallery that exhibited high profile contemporary artists like Douglas Gordon, Raymond Pettibon, Keith Tyson, Terrence Ko, and Anj Smith, alongside the work of dynamic younger artists like Tim A. Shaw, Courtney Andrews, Charlotte Kingsnorth, and Walter & Zoniel.   The SHOWstudio gallery is now globally recognised as having been a pioneering, ground-breaking platform that nurtured and encouraged creativity by combining the different art forms together in one space.

Before starting Carrie Scott & Partners in 2009, Scott was Director of Nicole Klagsburn Gallery, New York, where she worked closely with Beth Campbell, Matthew Day Jackson, Rashid Johnson, Mika Rottenberg, Adam McEwen, and Storm Tharp. Prior to that, she was noted curator of the Hedreen Gallery at Seattle University’s Lee Center, and Director of the James Harris Gallery also in Seattle, Washington.

In 2017, Scott appeared as a presenter on The Art Show, an entirely new art series that interviews artists in their studios. The programmed aired on Sky Arts in the UK and then on Ovation TV in America. 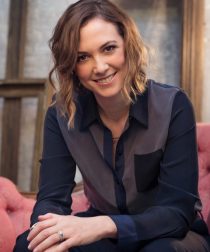