With over twenty years’ picture editing experience across a range of newspaper titles, Fiona Shields is Head of Photography at The Guardian News & Media Group.

During her career she has been involved in the coverage of some of the most historic stories of our time, from the deaths of the Princess of Wales and Nelson Mandela, 9/11 and the subsequent terror attacks in London, to conflicts around the world from Bosnia to Iraq and Afghanistan, the revolution of the Arab spring and the continuing violence in Palestine, epic natural disasters such as the earthquakes in Haiti, the tsunamis in Asia and political events around the globe including a good few general elections here in the UK.

In addition she has been a judge of the Sony World Photography Awards and most recently the Renaissance Photography Prize. 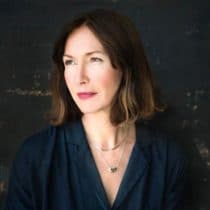