Shane Suvikapakornkul is a publisher of books on Asian arts known under the imprint Serindia, and he founded the eponymous gallery in Bangkok in 2009. He has since pioneered many ground-breaking photography shows in Thailand. Adding contemporary photography in Serindia’s line of publishing, he has published Bhutan: Hidden Land of Happiness, Ladakh 1974-2008: A Photographic Homage, Taylor Camp, Men of Rajasthan, and to coincide with the 2012 London Olympics, a large-format limited edition Endure: An Intimate Journey with the Chinese Gymnasts.

In November 2012, he created HARDCOVER: The Art Book Shop, a first of its kind art bookshop in Thailand at the Bangkok Art and Culture Centre, the city’s public contemporary art space. 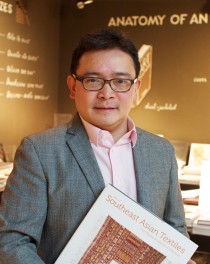