He started working shortly after his studies as an independent photographer.

In those years, he came into contact with a lot of photographers and slowly started to show and promote his  colleagues

In 2000, he made the big step and opened his gallery “FIFTY ONE “ in the  Zirkstraat in Antwerp. Ten years later, in 2010, opened its office in NY. To celebrate the tenth anniversary of the gallery, he put together an exhibition on Serge Gainsbourg, who traveled from Paris to NY.

He is also a consultant and curator of several exhibitions for various institutions at home and abroad, contributes to various publications and is the initiator of the project “the city photographer ‘which aims to develop a true sound artistic city archives of Antwerp in the  long term.

In 2013 Roger Szmulewicz opened FIFTY ONE TOO where he also started to show works on paper.

Roger Szmulewicz is a member of AIPAD. 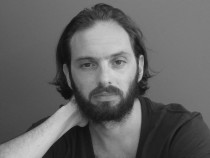