Takeuchi was guest curator for the Spotlight on Japan, of Paris Photo 2008 and received a Fulbright Grant for her research on photography education in the US. She was responsible for the Japanese edition of the book and touring exhibition Intended Consequences: Rwandan Children Born of Rape by Jonathan Torgovnik. She has also frequently worked as a portfolio reviewer and lecturer at photography festivals. Takeuchi has contributed to The Oxford Companion to the Photograph, Ryuichiro Suzuki’s Odyssey, Ryudai Takano: 1936-1996 and Nihon No Shashinka 101 (101 Japanese photographers), among many other catalogues, books and magazines. 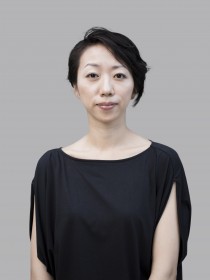