Rachida Triki is a professor of Aesthetics and Philosophy of Art at Tunis University. She is president of Tunisian Aesthetic Association, vice president of the International Society of Poetics’, founding member of the Mediterranean Aesthetics Society (Athens, since 2002) and delegate member of International Association for Aesthetics. She has been a member of the International Cultural Festival of Sfax (Tunisia 1992-1996) and a member of the Scientific Committee of Arts festival of Mahares (Tunisia 1998 – 2002). She has organized contemporary arts exhibitions and has worked on other twenty-five documentary films on Tunisian painters. She has published many texts on the work of artists and has organized international conferences and seminars in arts and aesthetics. She collaborates in many publications of art like Recherches Poïétiques, Canvas and Art in and she has been the curator of a number of exhibitions including Proximity in Tunisian Museum of Art, Palais Kheireddine, Tunis, 2009, Without borders, 2008 in the 30th Pontevedra Biennial of Contemporary Art Spain (Co-curator for Tunisian artists) and Contact Zone in The Contemporary African Art at The National Museum of Mali, for north African artists, Bamako 2007. 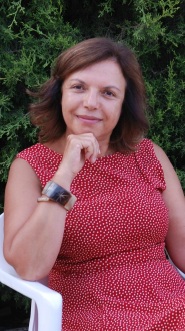