Ricardo Viera is professor of art and since 1974 Director and Curator of the Lehigh University Art Galleries and Museum Operation, where he has established a visual lab program with the LUAG work/study collection and a nationally recognised collection of Latin American photography and video. Professor Viera teaches courses in museum and curatorial studies, independent topics in the history of photography, public art, visual thinking strategies and multimedia/new media workshop.

He has been a reviewer and consultant curator for Fotofest since the early 1990s. In October, 2006 he was invited to China as reviewer for Meeting Place of the first Fotofest, Beijing. Viera was the recipient of The Photo Review 2007 Award for service to the field of photography, presented in Philadelphia,PA. He was portfolio reviewer, Meeting Place Fotofest, Moscow, 2011; Board of Advisors, Guatephoto Intl Photography Festival, Guatemala, 2011; Curator, Fotofest 2012: “Best of the Meeting Place,” Madrid/Segovia, Spain.

Professor Viera is interested in all kinds of creative endeavours in traditional, digital and new media. 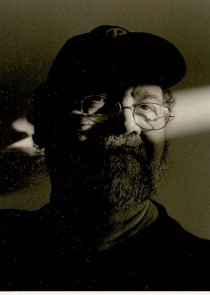