After growing up in China, William Zhao went to obtain his MBA in France. He remained in the country for 11 years, working in the finance field. He became active in curating contemporary arts exhibitions and became growingly involved in the French art scene, advising the French Government Commission in charge of the Joint France-China Years in 2001-2002 and the president of the Pompidou Centre, Jean-Jacques Aillagon, in the exhibition Alors, Chine.

William Zhao returned to Asia in 2003 and has devoted himself more and more to his passion in advising collectors and writing on contemporary Chinese art. Publications which regularly feature his columns include Modern Weekly (周末画报), Bazaar Art (China edition), South China Morning Poster and Architectural Digest. He is also active in supporting important world-class museum activities.

William Zhao has curated a solo exhibition by French photographer Stephane Couturier a few years ago. 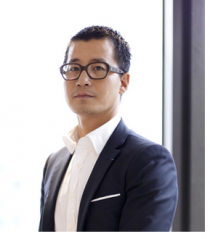